I just completed the process of taking everything out of my big blue bag, washing it/throwing it away, and then repacking it into my even bigger green bag (plus some new underwear and a very large bag of coffee). I hate packing, it makes me realise how little I own of any value. I’m off to Heathrow in the morning and then hopefully to Erbil if they let me in (https://oldstuffinhotplaces.com/2013/05/12/disgracing-myself-in-erbil/).

I’ve tried to make the most of my six days in fair England; I went down to visit my twin for two days, who just rusticated to a tiny cottage in Oxfordshire where she has adopted an elderly cat and taken up bell ringing. I fear for her mind. She took me to a local village fete (where I became entrapped into playing the base drum for the Morris dancers), we played darts in the pub next door and went shopping for teaspoons, garden chairs and rolling pins. She is starting to nest.

We also ate a pack of Serrano ham, a pack of Parma ham and a 2kg shoulder of pork. At home I’ve managed three large sausages, two packs of baked ham, a packet of bacon, two pork chops and over half a kilo of smoked salmon. My luggage is full of pork scratchings: I am ready. 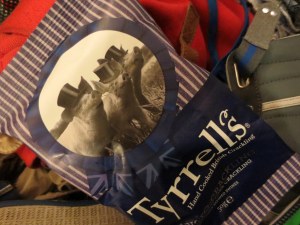 Emergency equipment: there comes a point when only pig will do