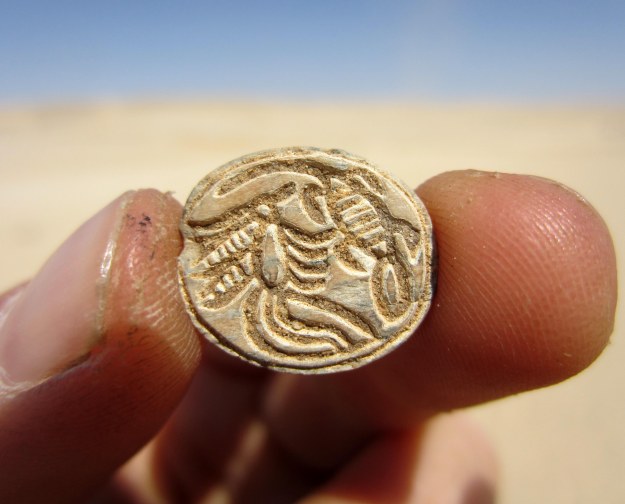 Treasure: Scaraboid commemorating an attack of lizards and giant mosquitoes on the people of Egypt. There’s a movie in there somewhere.

As the site is moderately famous is the world of archaeology, we have TV crews coming to film here on a fairly regular basis. Yesterday the BBC came to film on site for a new series about ancient Egyptian art. I had a terrible fear that the presenter might be Dan Cruikshank, who I would have struggled to not punch in the face, but it turned out to be that nice boy who did that Treasures of Ancient Rome series. I put the violence on hold, wiped the bits of dead person off my face and tried to check my hair was okay in the shiny side of the sieve. I happened to have a lovely triple burial just ready for them, and I even managed to find some treasure I could pretend to find again when they showed up. I watched them all striding around at the Middle Site for two hours, but the end of the day came without them making the two minute walk up to us. 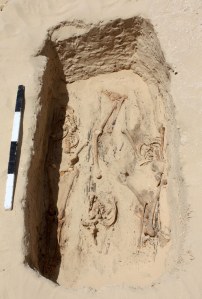 This isn’t the first time; the last film crew we had at the cemetery back in 2010 filmed for two days at the mouth of the wadi without ever bothering to come and see my end of the site. I can only assume media types are lazy (selfish bastards, not that I’m bitter). At least the 2010 crew had a ruggedly handsome German director who bought me flowers from Cairo on my birthday, which makes up for neglect in other matters. All Alastair Sooke from the BBC did was complain about our toilets and steal our best mugs after I graciously made him some coffee he didn’t deserve. I suppose I should expect that sort of sense of entitlement from someone who works for the Telegraph. Alastair Sooke; don’t trust him with your crockery.

So, I suppose I’ll have to wait again for my fifteen minutes of fame, which I still think is most likely to come by being found dead in a ditch outside a pub. Or by punching a television presenter. 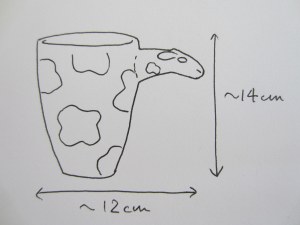