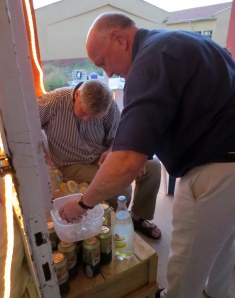 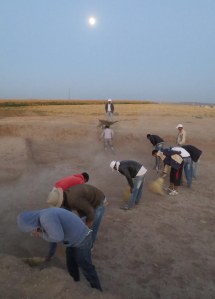 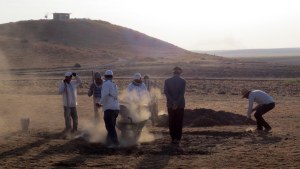 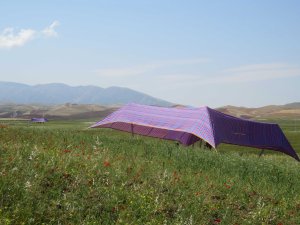 Roll up, roll up! Some of our workmen were concerned the Iranians might see this as mobilisation and send air strikes

It’s a fine thing to relax in the shade on a hot sunny day, and not such a fine thing when a rainy squall dumps forty kilos of wet canvas on your head. It should have been obvious to all that acquiring three hundred square metres of sun shades for the site would make the weather hate us, but some of us here are on a steep learning curve. Of course, such an acreage of canvas can pack a hefty punch; my time at sea has taught me that one of our trench shades would be sufficient to get a two-to-three hundred tonne ship underway against a moderate swell, but sadly, among other things, the director is no seaman.

Indeed, it was only yesterday I had a close call with the trench C shade. I wasn’t giving the situation my full attention, as I was on the phone to the co-director about how dangerous I thought the shades might be in wind, when out of the corner of my eye I saw the shade pole falling towards my head. I took a rapid step backwards as it fell in front of me, and then an even hastier one forwards to avoid the iron stake being propelled across the trench at the height of my vital organs by the corner of the sail. I would like to point out that such occurrences were not anticipated in the forty two page risk assessment (which included the possibility of nuclear war with Iran) http://oldstuffinhotplaces.wordpress.com/2013/03/13/disaster-plan/. 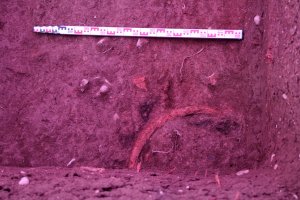 Murderous tendencies aside, the shades also fail on colour. I like bright things as much as the next five year old, but red and blue striped tents have their disadvantages; firstly in that they compound my constant suspicion that I’ve run away to join the circus, but secondly they cast a sickly light across proceedings that makes all the site photographs look purple.

It is Thursday night, the only night where we can sleep late in the morning so I must away to the fridge and our new stock of alcohol, obtained at great length from the only beer shop (locked garage) in Halabja (which, understandably, has perhaps had enough of poisons). It looked for a while that we’d have to get through the weekend sober. We were down to half a bottle of Iraqi made ‘Sir Henry’s London Dry Gin’ (cost: £2.50 per litre), which I have tested for nerve agents to be on the safe side. 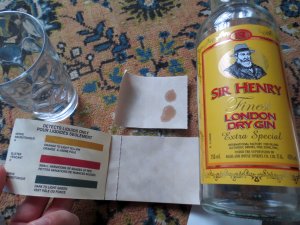 Ah, the first of May. Ideally by now I’d be in a pub, extremely drunk surrounded by morris men, singing dirty folk songs until I fall over or they tell us to leave. Instead I just got back to the new dig house after three hours setting out the trenches on site. I’m hungry, tired, dirty and sober. We arrived at the dig house yesterday and unpacked our gear, after which I promptly fell asleep having only had a banana, a third of a packet of cheese flavoured corn puffs and a very strong gin and tonic all day. We watched the sun go down over the Iranian mountains and watched the dig director crying over the new internet dongle he couldn’t get to work. He finally managed to get the internet to work slowly and intermittently. This begs the question of how we’re going to pass the time if we can’t all spend the evenings staring into space refreshing facebook. We might end up talking to each other and no one wants that. 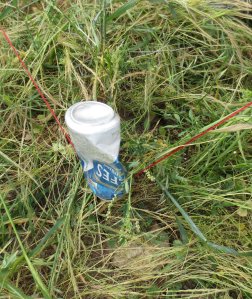 It did feel very springish out on site this morning with the new crops and all the pretty flowers and stuff. I set up my trench on the north side of the tell among the poppies and marigolds and marked the corner stakes with empty beer cans, which I think gives it a nice devil-may-care sort of look. I might have to find some proper stake markers before the men from the museum come; apparently it’s supposed to look like science.

I’ve started nesting in a corner of one of the two houses we’re renting. It’s a bare room with a light and a concrete floor, on which I’ve laid my foam mattress and spread my personal possessions to deter visitors. My room mate does not snore, although there seems to be a pack of chickens with very little to do except hang about under the window shouting at each other. The lack of curtains leads to situations of mutual surprise with our neighbours, both avian and human. The beginnings of all life is a struggle.