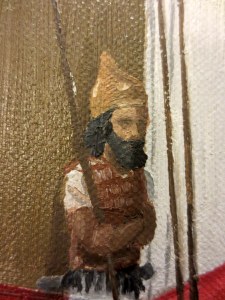 It’s been a whole month since I got back from Iraq and what have I been up to? Well, I’ve been very busy in fact as I’ve taken on far too much freelance work for the time available, and for my limited capacity for self-motivation. The biggest job is a series of reconstruction illustrations for a museum in Turkey detailing parts of the Neo-Assyrian town I was digging up back in August. I started off doing the first one on Adobe Illustrator but this turned out looking a bit too much like a poorly rendered computer game and encouraged other members of the project to demand an irritating number of artistically unattractive changes in the name of scientific accuracy. In an attempt to put an end to this sort of rubbish I have now reverted to the more intractable oil-on-canvas format. This has a few downsides, including getting paint on my parents’ curtains, not being able to work in the same room as the television, and accidentally washing my brush in my cup of tea instead of the paint thinner (three times now). Large architectural pieces are not coming particularly easily, probably because my artistic specialisms are dogs, horses and giant Japanese anime-style robots. I have learned that Neo-Assyrian soldiers dressed almost exactly like gnomes and any attempt to make them look un-gnomish will fail. House-based archaeology is hard. 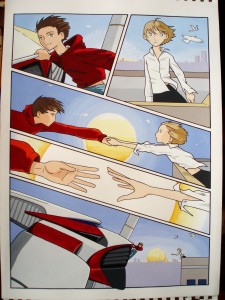 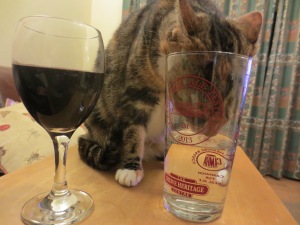 Wino: I tell Lilly to drink a glass of water and go to bed

My punishing work regime demands that I get up first thing in the afternoon and start work straight after The Daily Politics, and the one o’clock news. Work then progresses through the day uninterrupted except for the couple of hours either side of dinner, any film that gets four stars or more in the Radio Times and a bit of clandestine wine drinking when the cat is feeling down. Remarkably similar to my PhD years really. I’ve had to take a few breaks, of course, to visit friends and to escape my parents’ commentary on the mess, the disappearances from the fridge and the state of the curtains. The large amount of time (and money) I’ve been spending on the train has at least allowed me to indulge my renewed passion for dystopian British comics of the late 1980s, resulting in an unnecessarily bleak mental attitude for the festive period. Still, there’s those Roman pot sherds I agreed to illustrate to look forward to. For Christmas I have mostly asked for hijabs. 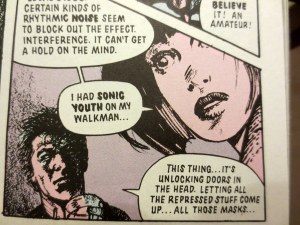