Today was supposed to be the first day back on site after the Eid break, so I crawled weeping from my bed at 7am (I have been mostly getting up at noon), put my digging boots on, filled my pockets full of knives and string and stumbled off in search of a taxi. The office was locked which was a bad sign. I walked over to the site to find it full of crisp packets and plastic bags and completely empty of workmen. I walked back past Asad the guard; “Nooo buddy here!” he said “Ha ha ha”.

My third worst cup of coffee ever. The world’s worst coffee is of course brewed by the Garden City House Hotel, Cairo, which has now ceased trading for the good of mankind.

Determined not to wholly waste the taxi fare I went out through the main gate and down to the square where I sat at one of the tea booths and asked for a nescafe. A nine year old boy made me a mug of something that tasted like the milk from a bowl of Cocoa Pops, if you heated it up and stirred it through with petrol. I pretended to drink it while reading Wolf Hall and refusing a string of offers to have my boots cleaned. The nine year old boy charged me a thousand dinar, which was about three times as much as the going rate for a real nescafe. I rolled my eyes but gave him his money; I try to avoid having fights with primary school children before 10am. 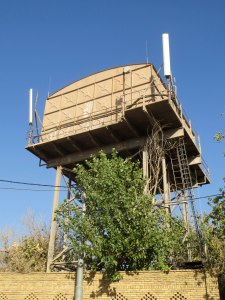 The Eid holiday continued as it started; as a litany of drink related incidents punctuated by extreme boredom and the World Cup Qualifiers. As the alcohol-to-archaeology ratio of this blog is already embarrassing me, I shall instead tell you about a book I partially read. It should have been an interesting book about the British Mandate period in Iraq, but the undoubted talent of the author turned it into a turgid wade through late Imperial bureaucracy, unrelieved by style, narrative or pictures. He leaves out all the fighting.

I did learn some interesting things however. The British took on the mandate of Mesopotamia after the First World War, partially because they wanted the oil, but mostly because they didn’t want the French to have it. The British were initially in favour of Kurdish independence but this mostly fell through because the Kurds were entirely unable to come up with a single leader with whom the British could sit down and have a cup of tea. Frustration over the lack of a proper tea drinking partner eventually led to the RAF bombing Suleimaniya in 1925. Things were not especially helped by Gertrude Bell running around giving some fairly poor advice. Gertrude Bell was an archaeologist, political officer, writer, traveller, spy and mountaineer who was largely responsible for the creation of Iraq. It is possibly down to the fact that she spread herself so thinly that she was able to do a moderately large amount of damage in so many different spheres. I personally restrict myself to the damage of archaeology and that’s enough for me. Perhaps one day I will finish the book and there will be a happy ending (maybe a wedding) but I’m not optimistic. The major legacy of British rule in Iraq seems to be the sensible use of three-pin plugs. 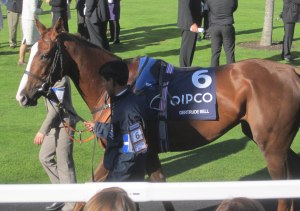 Gertrude Bell, on whom I won £30 at Ascot the autumn before last